“The Other Half” with Simona Scarpaleggia 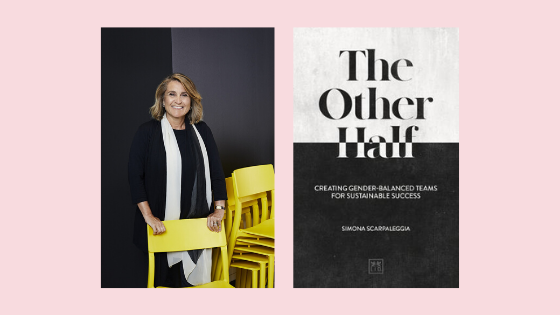 Join the conversation with Simona Scarpaleggia, author of the book “The Other Half”!
The event will cover Simona’s journey at Gender Equality Leader and her experience as author published by one of the most important publishing houses in Switzerland.
About the Author:

Simona Scarpaleggia is the global head of the initiative “The Future of Work” at IKEA- Ingka Group.
and author of the book “The Other Half“ which has been published in August 2019.
Previously and for the last 9 years she has been CEO of IKEA Switzerland overseeing strategy and operations of the retail business including nine stores, e-commerce, and distributions with a total turnover of roughly 1bn Swiss Francs. Before joining IKEA Switzerland, she has held various positions in IKEA Italy, and other multinational companies as senior executive and HR Director.

She is a passionate campaigner for all issues surrounding women’s empowerment. In 2009, she co- founded «Valore D» in Italy and «Advance – Women in Swiss businesses» in Switzerland in 2013.

Both organizations have a mission to boost gender diversity and to increase the share of mixed-gender management teams for the benefit of customers, companies, economies and societies.

In 2016, former UN Secretary-General Ban Ki-Moon appointed Scarpaleggia as co-chair of the High- Level Panel on Women ́s Economic Empowerment in the context of the Global Goals for Sustainable Development. She served in the Panel for two years until it accomplished its task to deliver two reports with recommendations on the topic. 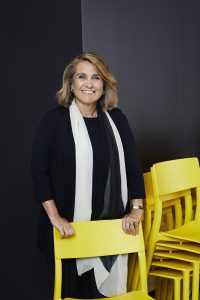 Her book “The Other Half” is about the opportunities that arise from creating gender-balanced teams, ultimately leading to sustainable success. It is about about being at the forefront of a paradigm and about the most compelling and exciting shift in our society: women’s empowerment.
The book is published in both English and German since August 2019 by NZZ Libro.
Simona Scarpaleggia holds a degree in political science and an MBA from SDA Bocconi School of Management. She is an Italian citizen, is married, and has three children. 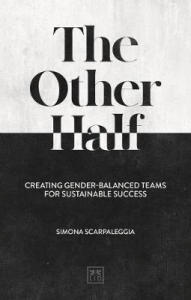